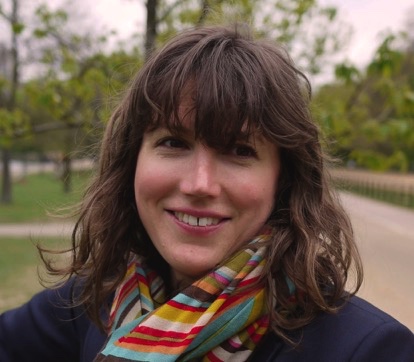 This article contains references to violence against women.

Mary Barry, as the CEO of Our Watch, is at the helm of Australia’s fight to end violence against women and children. When I set out to profile her, I wanted to uncover the woman behind the organisation. What drives her? How does she stay inspired? What’s the rest of her life like? I had heard tales of Mary’s 10-year stint as a skydiving instructor – she has completed over 600 jumps in her career. She is also a keen Irish dancer, apparently. When I met her, I thought I might hear about those experiences, or humorous tales of childhood antics and memories of Ireland. Instead, I was offered a front row seat to the fight she is proud to lead, here and now. And that view proved more entertaining and inspiring than I could have imagined.

Mary Barry works from a standing desk at Our Watch’s Melbourne headquarters. From here she guides a team she both admires and empowers to implement Our Watch’s strategic plan and national framework. “I see my role as helping the organisation take a lead in its national role to prevent violence against women and children,” she says.

Her upbringing in Ireland, she believes, may have contributed to her passion for her current role – though she didn’t quite realise it at the time. “I knew growing up of one or two situations where things weren't right with another family or people down the road, but nobody talked about it,” she said.

Ms Barry continues: “You knew there was something going on, but it was only when you were much older and thought back on it, and you thought it was more than likely a violent situation because people didn't talk about it. So there was some exposure, but nothing I personally experienced one way or another.”

“I felt these women were in very difficult situations and you felt there wasn't a lot you could do about it at the time because that wasn't encouraged,” she says slowly. “You weren't encouraged to say anything or get involved. I think over the years there have always been little tiny things that eventually, when it started to become an issue, I wished I had done more.”

Now, Ms Barry has her opportunity to make an impact. And this self-proclaimed ‘change-maker’ is working to make violence against women the next cigarette smoking – a societal epidemic that can be extinguished with the right people, partners and strategy.

According to Dr Phil Lambert, the deputy board chair, she has a strong background as a CEO and has been able to maintain a strategic vision for Our Watch in less than one year at the helm.  “Mary has the qualities that are needed for such a role – she is committed to evidence-based responses to issues; she is uncompromising on important matters and is sufficiently experienced and savvy to know when an issue is an issue,” he says.

Jilly Charlwood, Our Watch’s campaign manager, is another big Mary Barry fan. They first encountered one another during their mutual tenure at the Victoria State Emergency Service. Ms Charlwood joined Our Watch about five months ago with her eye on working with Ms Barry again.

Ms Charlwood believes Mary Barry is the type of person anyone would want to work with. She says she possesses an uncommon combination of critical thinking and business savvy – and treats her team well.

“Mary is incredibly smart and incredibly strategic. She has the personal traits you value in a leader,” Ms Charlwood says.  “She is incredibly hard working, dedicated to everything she does and she can empower her people.”

Ms Barry has always been a media influencer and has moved deftly from one media-facing role to the next. She was the face of Aged Care in Victoria for many years.  When she was CEO of the State Emergency Services in Victoria, her interaction with the media was critical to ensuring the safety of people and communities. “I have respect for the media. I see them as people with a very important job to do and I try to help them where I can,” she says.

At the moment, there is a considerable amount of energy surrounding the issue of violence against women, but Ms Barry is aware that governments, communities and the media can be struck by issue fatigue. “They can be left thinking – ‘Well, we solved that one, what’s next?’” she says. As such, she has ensured a central part of Our Watch’s plan is to build upon current momentum and work with the media to continue to get its message out.

“The media play a vital role in bringing the issue of violence against women to the attention of the community and to the government. How the media portrays this issue is really, really important and is a huge responsibility for journalists.

“They must portray it in a way so people can get a better understanding of the issue and what needs be done to prevent violence against women – and to make sure our messages are clear and consistent,” she adds emphatically.

While journalists have made improvements in covering the issue, recent Our Watch research shows there is still a way to go. “Still about one in six stories will have some semblance of victim blaming, blaming the victim for what happened to her,” Ms Barry says.

“Only about one in five give the context around violence against women, why that violence has occurred and what the context is. That is quite a low number. In more than 50 per cent of stories the perpetrator was non-existent and less than five percent gave information about where people could go to seek help."

Despite this, Ms Barry remains optimistic that Australia can be a world leader in ending violence against women. Our Watch has implemented a national framework, shared with Vic Health and ANROWS. They continue to work with community and government stakeholders.

“We are really trying to undo a lot of beliefs, attitudes and behaviours that are so deeply ingrained in our culture and our society that we have to make some amazing changes and work with the community and other organisations and the media to see it happen,” says Ms Barry.

"Australia can lead the world in social transformation. We did it with cigarettes – we can do it with this.”