Child abuse is not "sex games" 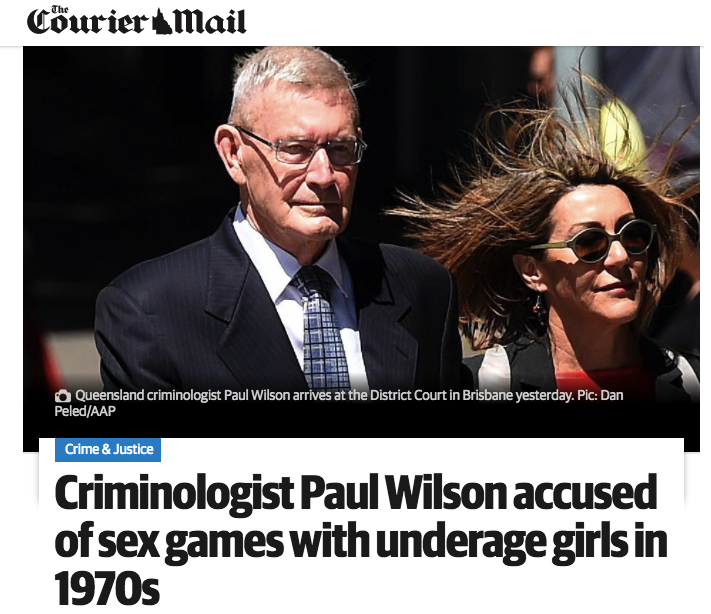 Criminologist Paul Wilson was convicted last week on four counts of indecent treatment of a child. It was his third trial for these charges after juries were dismissed in the first two trials.

It is disturbing that several media outlets referred to the abuse for which he was convicted as “sex games”.

The Courier Mail published AAP reports of each of the three trials under headlines including this phrase. The Brisbane Times also used “sex games” in a headline, and the ABC used it in their report of Wilson’s conviction.

Wilson may have presented the abuse as a “game” for the victims, but the perpetrator’s view of sexually abusing children should not be the standard for public reporting of such issues.

In the context of the abuse outlined in the trial, using the words “sex games” without qualification in a headline and an article is clearly wrong.

Language matters, particularly with issues as traumatic as child abuse. It is important to ensure the public has a clear understanding of the difference between consensual sex, and sexual assault or abuse.

So how does a phrase like “sex games” end up in a headline, and more importantly how can deadline-pressed reporters do a good job of reporting and summarising the material in court, while not falling in to an uncritical broadcast of the perpetrator’s point of view?

Before we go further it must be said, given the likelihood of appeal, that Uncovered is not commenting on the matters that are for the court to decide – the credibility of witnesses and the questions of Wilson’s guilt or innocence. We just want to talk about how to do a good job of reporting court proceedings.

Morton defended the use of the term, adding that the prosecutor told the jury Wilson had engaged in sexual play with the victim that encouraged her to perform sex acts.

“ ‘Games’ were documented in the trial,” he said.

“While the phrase isn’t a direct quote it is used in the correct way to describe what occurred.”

Children under 14 cannot consent to sex with adults, therefore any sexual contact between adults and children cannot be described as sex, which requires mutual consent. Where there is no consent, it’s not sex, it’s abuse, rape or assault, and should be named as such.

Journalists can report that a perpetrator characterised abuse as “games” without implicitly validating that characterisation. The Herald Sun ran the same story under this headline: 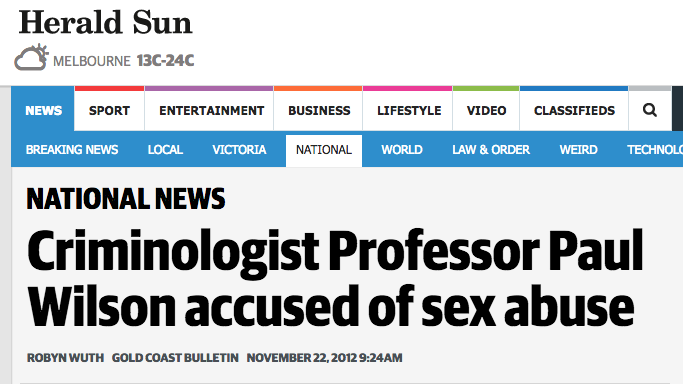 News.com.au also ran the AAP story. They used this headline: 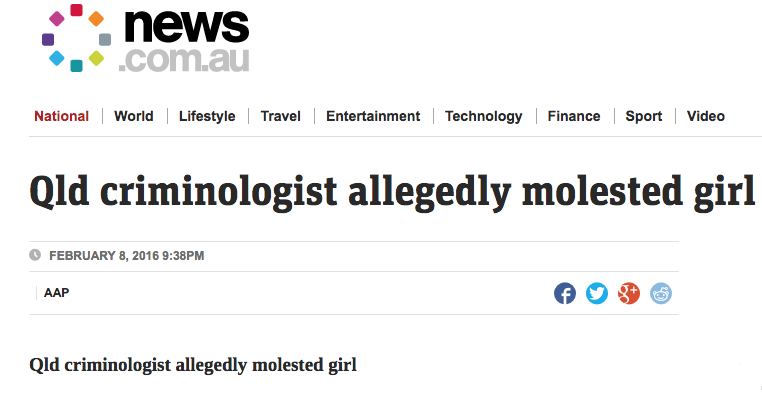 Both those headlines correctly characterise Wilson’s alleged actions, while still describing the nature of the abuse in the body of the article.

So what would have been a better headline? Or a better way of paraphrasing what the crown prosecutor said? One simple thing would have been to clearly attribute the quote or paraphrase, rather than appearing to adopt it.

Another would have been, as the Herald Sun chose to do, to use the name of the charge or the accusation, rather than the “games” line.

Even better, a clear sentence stating the fact that “sex” with underage people is not sex, but abuse, rape or assault.

And, of course, in line with the OurWatch Guidelines, information on where those likely to be traumatised or personally affected by the content of the article could get help would have been desirable. This is also recommended by the Australian Press Council guideline on reporting of domestic violence, which is not directly relevant, but you get the vibe.

There is a lesson to be learned here, because the reporting in this case represents an error made too frequently.

Journalists need to be extremely careful about publishing anything that could prejudice a trial. This does not mean, however, that sexual violence, particularly towards children, should be trivialised or normalised. Victims and the public at large need to clearly understand that such things are not in the least bit trivial or normal.

If you or someone you know is impacted by sexual assault, domestic or family violence, call 1800RESPECT on 1800 737 732 or visit 1800RESPECT.org.au. In an emergency, call 000. Links to state based and trauma specific services for victims of child abuse can be found on the Royal Commission’s website.